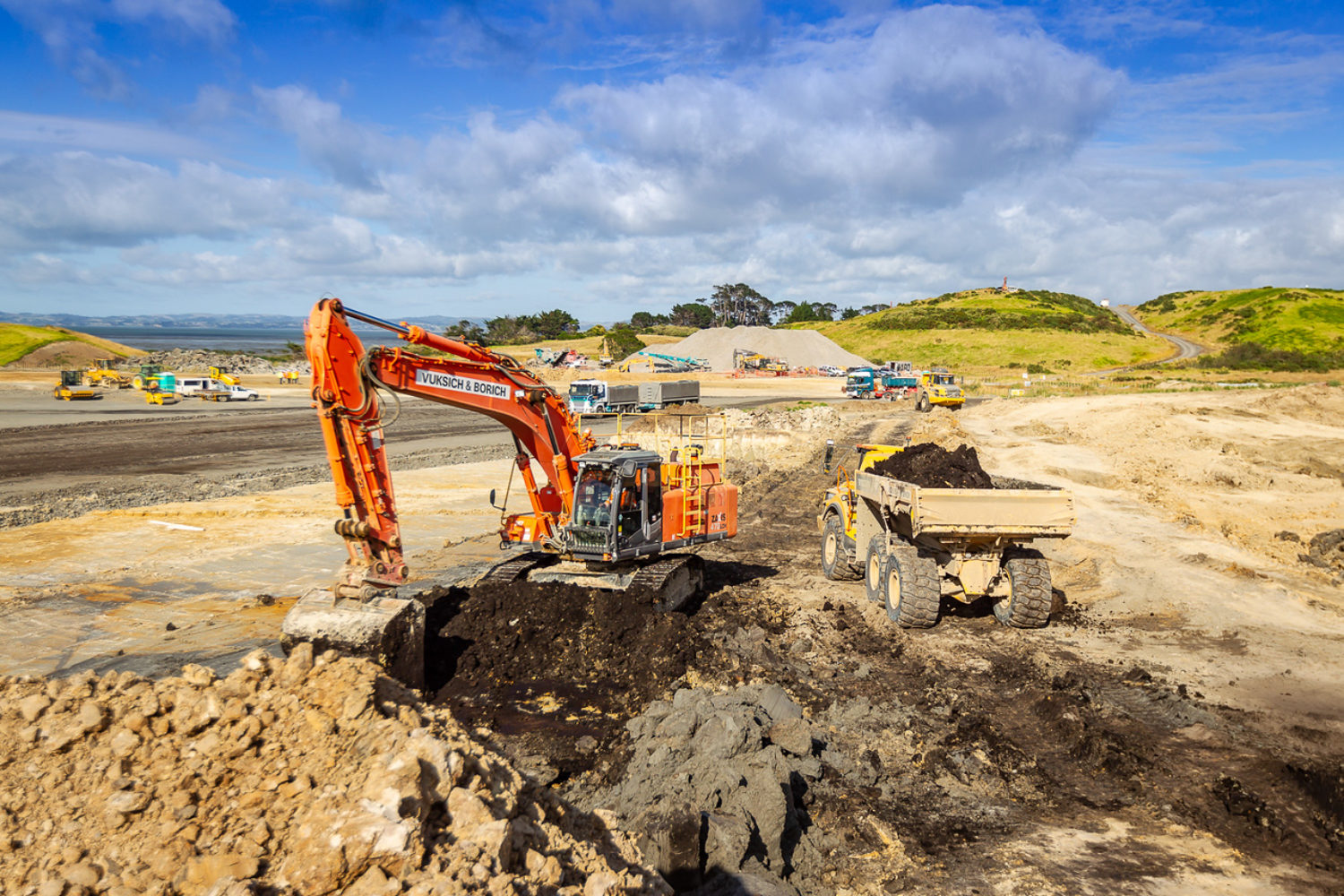 Auckland International Airport is undergoing one of its biggest airfield expansion projects since it first opened in the 1966 – and Vuksich & Borich is helping make it happen.

The 25-hectare airfield expansion is the first of eight ‘anchor projects’ the airport has planned as part of its multi-billion-dollar 2044 master plan, which will include the construction of a new domestic terminal and second runway.

The Taxiway Mike development includes a new taxiway plus extension of the existing taxiway, and will eventually provide a crucial link between the existing runway and a much anticipated second runway, which is being planned as part of the airport’s 30-year vision.

The airfield development at the western end of the airport will be able to accommodate up to six of the world’s largest passenger planes as they refuel, stock up on supplies and undergo servicing. This is necessary to handle the 40 million passengers and 260,000 flights expected to use the airport every year by 2044.

Vuksich & Borich are proud to once again be working at Auckland International Airport, and being part of such an iconic anchor project for the future of the company and New Zealand as a whole.